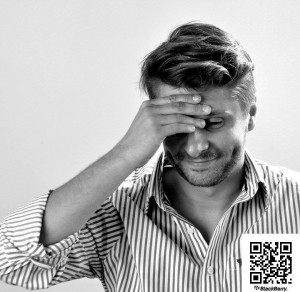 They always look cool on the wrist, no matter your style – casual, business or nerd. Bloggers say the iWatch would even fit Bond, who clearly had a thing for cutting-edge watches. Spectre (newest Bond film) stats, a 63.9 million$ worth ticket sale total during first week in cinemas, prove we all admire 007. Because Bond’s gadgets are both sexy and useful. Are iWatches as useful as they look or do they only HAVE the looks? Can we use them at work? Which app would be most useful for James Bond while a yearly MI6 conference? I imagine the event as follows: Dozens of secret agents gently sailing between  glasses of champagne in the big ball room, courtesy of the royal family, littered by hundreds of lights. On stage standing in a red suite – symbol of power and femininity – M., Head of Secret Intelligence Service, making a speech about main Middle East issues MI6 had to face this year. M. clicks through slides on the big screen and tries to add some spirit to the otherwise  boring presentation. Bond shakes a freshly made martini, his eyes involuntarily laughing at the thought of the great joke he is about to make. James reaches discretely for his iWatch and moves his index finger on the screen. A second later, M’s presentation starts to go wrong – the slide doesn’t match her discourse. She starts hesitating and the audience starts to focus on what she’s doing. Another iWatch tap later, the presentation goes crazy, slides moving back and forth, with no logic whatsoever. Videos with strange comments appear next to every slide. Suddenly, on one of the videos, a woman dressed like M starts yodling the national anthem… Someone bursts out laughing. Technical services rush on stage in order to grasp M’s computer and solve the problem. People start whispering, the entrance hall fills with impatient silhouettes. Amongst the general bustle Bond, who’s dark soul chuckles in silence, catches M’s stare. She already knows. And he knows she knows as well. All this is once again owed to her beloved 007 agent.

How did Bond manage to spoil UK’s most secret party? Thanks to Q, of course. The ingenious head of Q  Branch (R&D) provided him once again with the best technical solutions to complete a mission. Or a little prank like this. A day before M’s presentation defeat, Q handed Bond a black iWatch equipped with DBE presentation tool and informed him about its main features:

DBE enables making beautiful presentations in a non-linear mode. First the user imports files (JPEGs), then creates and adds slides by clicking on his iPad screen with one touch, and links the slides to any chosen other in the same way. So later on the presenter can run the conference/training/event in a non-linear way.

DBE is a tool in which you can add video commentaries to each slide. It can be a Key Opinion Leader, Head of Department or any other thought leader. It’s easy to engage the audience by multiple choice tests with text and video comments on each choice. You can group these videos and slides in topic library.

DBE is drag and drop, the easiest tool you can get.

DBE is compatible with Android and iOS, including the iWatch. Makes it possible to manage presentations directly from the audience, transforming usual trainings in spectacular events thanks to surprises like: event moderator is hearable from loudspeakers and changes slides from his watch, sitting in the second row, the stage is empty.

When Q stopped his technical monologue about DBE, iWatches and presentations, Bond quickly turned around and left the office, providing no answer at all. He greeted Monneypenny and said to be heading to the annual Secret Service conference. ‘Strange’- thought Q and returned to his desk. The strange feeling something was missing finally found its solution: the watch was no longer there.